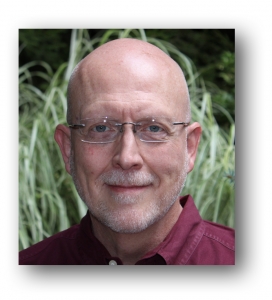 Lawrence Edwards, PhD, BCN Senior Fellow, LMHC has practiced and taught meditation for 50 years.  He is the Founder and Director of Anam Cara Meditation, a non-profit organization dedicated to teaching meditative practices from a variety of traditions. The name Anam Cara is ancient Gaelic for “friend of the soul.” Meditation empowers people to live from their highest nature in everyday life.  The mission of Anam Cara is to make meditation instruction freely available to everyone.  There are free guided meditation audio instructions on MP3 files and written instructions on the Anam Cara website.  Lawrence has offered thousands of free meditation programs at universities, hospitals, churches, meditation centers, yoga centers, hospice groups, prisons and more.  Please visit the Anam Cara Meditation website for information on programs and retreats. To connect with Lawrence and receive updates from Anam Cara Meditation via twitter by clicking HERE.

Dr. Edwards is trained in biofeedback and neurofeedback and is board certified in neuro-biofeedback (BCIA Senior Fellow). He is also New York state licensed psychotherapist – LMHC.  He served on the board of directors of the Northeast Regional Biofeedback Society from 2006-2011, including a term as President from 2009-2010.  He was on the faculty of New York Medical College as a clinical instructor in the Department of Family Medicine from 1998-2022. He was recruited by Cincinnati Children’s Hospital to help them develop a pediatric integrative medicine outpatient program in 2010. He returned to New York in 2013 and offers programs through Anam Cara Meditation.  He closed his clinical practice in October 2021 to focus on meditation teaching, mentoring and writing. 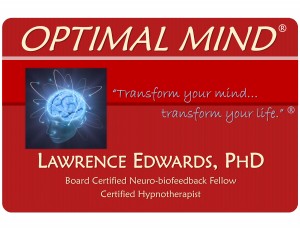 Dr. Edwards maintains an online practice offering  spiritual mentoring, dreamwork and meditation training.  He also works with people interested in spiritual direction and Kundalini processes.  He has served as President of the Kundalini Research Network for many years and is recognized around the world for his wisdom and skill in working with Kundalini.

For ten years he worked as a therapist and as the Vice-President and Assistant Executive Director of The Country Place, a private Jungian psychiatric treatment center based on a therapeutic community model. There he was trained in group and individual psychotherapy, Jungian archetypal psychology and bioenergetics therapy. During his tenure at The Country Place he also worked for more than two years as a volunteer, teaching weekly classes in meditation and yoga for inmates at a federal penitentiary. In 1986 he earned his PhD in Psycho-Educational Processes, clinical psychology track, from Temple University where he was honored as a University Scholar. He was the program manager for Temple’s Center for the Study of Psychoeducational Processes (PEP Center). He did organizational consulting, training and led workshops for the PEP Center. His doctoral research was on delineating the types of psychological change and spiritual growth experienced through the long-term practice of a Kundalini-based yoga. In the early 1990’s Dr. Edwards was trained and certified in hypnotherapy by the American Institute of Hypnotherapy and Psychotherapy and by the New York Society for Ericksonian Psychotherapy & Hypnotherapy.

Years of study at ashrams in the United States and India are just part of Dr. Edwards’ extensive background in yoga, meditation, and the dynamics of Kundalini. He spent three years preparing to become a sannyasin, a renunciate monk in the Vedic tradition, under the direction of Swami Muktananda. He has run meditation centers and an ashram in the United States and he has taught meditation at a variety of institutions in Canada, India and the United States. For years he helped to train meditation teachers and meditation center leaders for the SYDA Foundation. He headed up a team of professionals who dealt with individuals going though intense Kundalini processes in the ashrams. At Swami Muktananda’s ashram in Ganeshpuri, India he served as clinic manager and helped to run the mobile hospital that provided care for the desperately poor native villages in the rural area surrounding the ashram.

Dr. Edwards has studied and practiced in the Kundalini yoga tradition, Tibetan Buddhist and Huichol Indian shamanic traditions. These rich reservoirs of wisdom have expanded and deepened the transpersonal and Jungian psychological perspectives of his professional training. His mystical experiences began as a young child and have continued throughout his life. They have been the real guiding force behind his studies and training. His profound experience of the Divine present in everyone, at all times, and in all places has lead him to a life of service in teaching and supporting others on their journeys into the Divine.